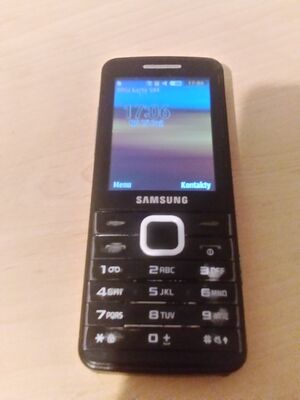 The Samsung GT-S5610 (Primo) is a cell phone released by Samsung in 2010. It was a basic cell phone intended for consumers who were more used to feature phones than smartphones.

Only some apps will work. Apps made by Nokia (Snake III tested) will spit out a "Java error" without any further info to go by.

Retrieved from "https://lpcwiki.miraheze.org/w/index.php?title=Samsung_GT-S5610&oldid=695"
Categories:
Cookies help us deliver our services. By using our services, you agree to our use of cookies.