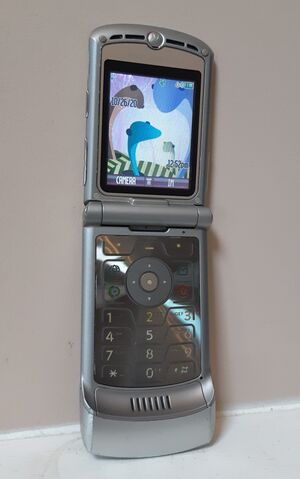 The Motorola V3, or RAZR V3, is a quad-band clamshell phone released by Motorola in 2004. It is the first model of Motorola's RAZR series of phones.

Feature-wise, it's identical to Motorola's prior V500 line of phones, but the RAZR V3 stood out thanks to its unique design and ultra-thin body. It is arguably the world's best-selling clamshell phone to date [1].

Retrieved from "https://lpcwiki.miraheze.org/w/index.php?title=Motorola_V3&oldid=814"
Categories:
Cookies help us deliver our services. By using our services, you agree to our use of cookies.